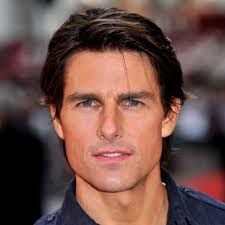 Tom Cruise is an American actor and producer. He was born Thomas Cruise Mapother IV on July 3, 1962. he is popularly known on stage as Tom Cruise.

Tom Cruise is one of the highest paid actors in the world and has won for himself several awards and nominations. He has had three Golden Globe Awards and three nominations for Academy Awards.

Tom went to New York City at the age of 18 to start his acting career. He worked as a bus boy at New York, and for sometime went to Los Angeles to get television roles.

Tom signed with CAA and featured in a film in 1981 called “Endless Love” and played a supporting role as a military academy student in Taps the same year.

Tom Cruise featured in The Outsider in 1983 and had leading roles in the comedy film; Risky Business that same year.

That was the start of Tom Cruise’ success story in acting. He had a leading role also in Top Gun in 1986. From that time Tom has featured in several movies such as:

The Color of Money

Born on the Fourth of July

Interview with the Vampire

Magnolia and many more

Tom Cruise was Ethan Hunt in all the six seasons of the Mission Impossible films which was from 1996 to 2018. He has featured also in action films and science fiction movies.

Tom’s role as Ron Kovic in The Latter won him a Golden Globe Awards and received a nomination for the Academy Awards as Best Actor.

Also, his performance as a motivational speaker in the film Magnolia won him another Golden Globe Awards and a nomination for Academy Awards as Best Supporting Actor.

In 1993, Tom partnered with his talent agent; Paula Wagner to form the Cruise/Wagner Productions.

The company has produced several movies such as Mission: Impossible, Without Limits, The Others, Vanilla Sky and more.

As stated earlier, Tom Cruise is one of the highest paid actors in the world. He has a net worth of $600 million as at 2020.

Tom cruise has featured in several movies and produced many over the past decades. The film; Top Gun brought a gross amount $356 million worldwide.

His movie; Mission: Impossible grossed an amount of $457 million worldwide.

Tom Cruise earned $75,000 for his role in Risky Business.

He was payed $2 million for Top Gun.

For Days of Thunder- $9 million

For A Few Good Men and The Firm- $12 million

For Interview with the Vampire- $15 million

For his first Mission Impossible- $70 million

Aside his income from movies, Tom Cruise is also a real estate dealer. He sold a 10th floor condo in New York for $3 million in 2013.A multi- residence property was sold by Tom in 2015 for $11.4 million

Toms Producer Career also is a factor that has contributed to his wealth.