A missionary school is an institution which was initially set up by Christian missionaries and is run strictly by religious standards and norms. A number of these schools were established in Ghana. This article will give a complete on these schools in Ghana.

This school is a second cycle institution and is made up of only female students. It was established by Catholic Missionary Sisters and is located in Korle Gonno in the Greater Accra Region. It was founded in 1950 and their motto is, “Truth and Virtue”.

The school is nicknamed “Merries”. The colours that identify them are blue and white.

The institution was established in 1957 and has the vision of being the major brand name as far as academic excellence and total training is concerned. St. Peter’s has both basic and senior high institutions. The senior high school is made up of only boys and is located at Nkwatia in the Eastern Region. The school was named after St. Peter Claver who worked mostly among poor negro slaves in Columbia.

Their motto is Dignitati Hominum which means : “For The Dignity of Mankind”. Their colours are yellow and green.

This institution is for females alone and was founded in 1952.

It is found in Oduom in Kumasi which is in the Ashanti Region. Their colours are green and white. The school is nicknamed “Louis”. The school’s aim is to offer the highest college preparatory education with a focus on college, careers, service, citizenship and a true understanding of the value of education.

This school accepts only male students and is located in Cape Coast. It was established in 1930. It was named after St. Augustine of Hippo. The motto of the institution is Omnia Vincit Labor, which means “Perseverance Conquers All”. The school’s colours are green and white.

This is a second cycle institution made up of girls only. It is located in Mamfe in the Eastern Region. Their motto is : Honesty Integrity Industry. They are nicknamed ‘’Meghis”. The school was established in 1984. It was initially a private institution named Mamfe State College but the Methodist Church of Ghana took over the running of the school due to financial constraints. Hence it was renamed Methodist High School.

The school is a senior high school for boys situated at Viepe Aflao Denu in the Volta Region. It was established in 1958 and has the nickname SPACO. The school’s motto is : “Do good and conquer evil”.

These schools mentioned above are mainly well known senior high mission schools in Ghana. Most of these schools offer the basic senior high courses in Ghana which include : General Science, Home Economics, General Arts, Visual Arts, Business and Accounting. 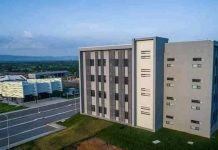 University Of Environment And Sustainable Development Courses And Cut Off Points 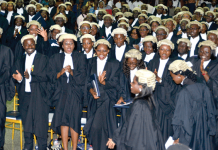 Law Schools In Ghana And Their Fees