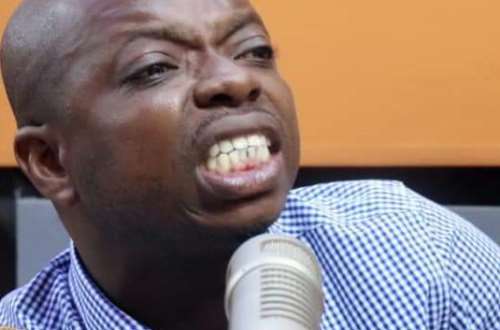 Police invite NPP Bono Chairman Abronye DC to present himself before it after he accused John Mahama of coup plots.

The Ghana Police Service has invited Kwame Baffoe, also known as Abronye DC, to assist in investigations into the former president, John Dramani Mahama’s, claims that he is organizing a coup in the country.

In an interview with Hot 93.9FM’s political talk show, “Dwene Ho Bio,” which was observed by Ghana Insider, Abronye DC, the Bono regional chairman of the New Patriotic Party (NPP), said that John Mahama had met with Al Qaeda militants in an attempt to organize a coup in Ghana.

According to the NPP leader, John Mahama is in contact with the gang to assist him in staging a coup to reclaim power.

Abronye DC was reacting to the arrest of Oliver Barker Vormawor, the convenor of the #FixTheCountry Movement, who had also threatened to lead a coup if the disputed E-Levy was passed.

However, the Accra Regional Police Command has served Abronye DC with a summons to appear before it to assist with investigations.

“The attention of the Police Service was drawn to a publication in which Mr. Kwame Baffoe alias Abronye DC is alleged to have said that former President John Mahama is allegedly planning to stage a coup.

“The Accra Regional Police Command has invited Mr. Kwame Baffoe to report to the Regional Headquarters by 4pm today to assist investigation failure of which he will be arrested,” the statement said.

News Release; Police Invite Mr. Kwame Baffoe Alias Abronye DC for Investigation
The attention of the Police Service was drawn to a publication in which Mr Kwame Baffoe alias Abronye DC is alleged to have said that former President John Mahama is allegedly planning to stage a coup pic.twitter.com/O5w49LaTvM

In other stories, four Ghanaian syndicates have been sentenced to prison in the United Kingdom for smuggling 38 kilograms of cocaine worth £2.88 million.

The Isleworth Crown Court in the United Kingdom, UK, sentenced a four-member drug conspiracy of Ghanaian descent to prison for trafficking 38 kilogrammes (38kgs) of cocaine with a street value of £2.88 million.

The drugs were allegedly smuggled from Ghana to the United Kingdom by the syndicate (UK).

The arrest and prosecution were carried out jointly by NACOC and the National Crime Agency (NCA) of the United Kingdom, according to a statement made by the Narcotics Control Commission, NACOC.

In January 2021, NACOC began investigating the actions of the syndicate that was transporting the forbidden chemical through the Kotoka International Airport, according to the statement.

According to Francis Opoku Amoah, NACOC’s Head of Communications and Media Relations, investigations led to the arrest of Eric Kusi Appiah in the United Kingdom on April 30, 2021, at Heathrow Airport, for attempting to traffic 17kgs of cocaine worth £1.3 million hidden in food boxes into the United Kingdom.

Other members of the syndicate were identified throughout the operation, he claimed.

“They were arrested upon their arrival at Heathrow Airport on 15 May 2021 for attempting to smuggle fifteen kilogrammes (15kgs) of cocaine worth one million one hundred thousand pounds sterling (£1.1 million) into the United Kingdom.”

“The cocaine was discovered hidden in the bottom of Jennifer Agyemang’s bag. According to the statement, “forensic analysis found a high reading of cocaine on Albert Kaakyire Gyamfi’s suitcase.”

Julius Tetteh Puplampu, an ex-convict who was sentenced to ten years in prison in Ghana for the same crime in 2012, was also apprehended at Heathrow after trafficking cocaine from Ghana and putting it at the bottom of his bag.

“Two more persons associated with the syndicate were detained in Ghana for their involvement in the crime on December 7, 2021,” the statement continued.

The Narcotics Control Commission has expressed appreciation for the UK authorities’ cooperation and pledged to defend the country’s borders against criminal drug trafficking. 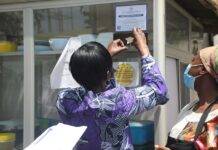 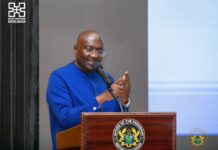 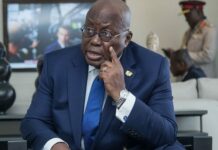 They mixed leftover stew with fresh stew – FDA on Yellow...