According to the Food, Drug, and Cosmetic Act, Drug is defined as a substance intended for use in the diagnosis, cure, mitigation, treatment, or prevention of disease. We are looking at some list of Class A drugs in Ghana. All the drugs you know of are classified into four major groups in Ghana.

They are the Class A, B, C and exempted drugs. Class A is further divided into Part I and Part II.

The Part I and Part II of the Class A drugs are listed below.

Part I drugs of Class A drugs

Part I drugs are such drugs as Stimulants. Stimulant medications work by increasing dopamine levels in the brain. eg, amphetamines.

Barbiturates are another class A drugs but they are rarely used now. They  are sedative-hypnotics  that acts as a central nervous system depressant used to treat insomnia, seizures, and headaches. Examples include

Sulphonamides are another class A drugs  examples include

Part II of Class A Drugs

Part II are the narcotic drugs and this category contains hard drugs capable of incapacitating a persons senses. Heroin is considered one of the most dangerous substances. Below are the list of the drugs,

Class B drugs are those drugs which are supplied by Registered Pharmacists only to “responsible persons “, but not on prescription.

Class C drugs are proprietary drugs which are to be supplied by both chemical sellers and registered pharmacists. These drugs are not sold on prescription and can be obtained at all pharmacy shops in the country.

Class A, B and C drugs are to be sold on registered places and by registered people, i.e. registered pharmacists or licensed chemical sellers.

Exempted drugs (i.e. those not in classes A, B and C) are such drugs as aspirin and sodium bicarbonate which can be sold by anyone and at any place including drug peddlers commonly referred as “Abochi”.

The medical value of a drug is determined by the drug undergoing large-scale clinical trials to satisfy the conditions of being fit to be used by humans according to the regulations of the Food and Drug Authority (FDA), as it has some set standards for drugs entering the market. 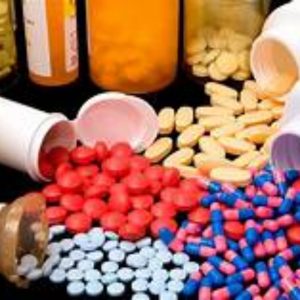 The government hospitals in Ghana receive their supply of narcotics from the Central Medical Stores. The private and mission hospitals purchase their narcotic drugs from local importing firms.

The Narcotics Control Board In Ghana is responsible for carrying out inspections at various entry points of the country to check the flow of narcotics into the Country. Periodic sweeps are done on airplanes and vessels. During these inspections, if any suspected narcotic product(s) is found, and has not been authorized by the the Central Medical Stores , they are confiscated and tests are run to ascertain the kind of substance it is. The culprits are then arraigned before law courts for their cases to be tried.

0
In this article, we bring you the price of Nissan Juke in Ghana. We’ll give the price of a used and brand new Nissan...
Read more
General

0
We bring you the price of Nasco 50 inches TV in Ghana and all the specifications. Nasco happens to be one of the fast-rising...
Read more
Celebrity Net Worth

0
Welcome to our blog. In todays article, we will be profiling the most talked about nathalie maillet net worth and more. Stay with us. About...
Read more
General

0
We bring you the price of lavet feminine wash, where to buy it and how to use. You’ll also be educated on the health...
Read more

PRICE OF MEDABON IN GHANA