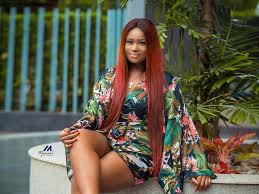 Christabel Ekeh is a Ghanaian and Nigerian Actress and also a model. She was born on the 16th of October, 1990. 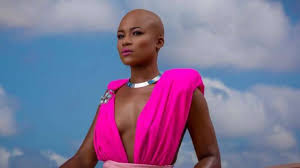 The award winning actress has featured in several Ghanaian and Nigerian movies.

She was born and bred in Accra, Ghana. Her dad is a Nigerian and she has a Ghanaian mother. Her parents are Mr. And Mrs. Emma Odoom Ekeh. She is the eldest amongst three children.

Christabel is admired for her charitable nature and her beautiful and curvy body, which has earned her more fans and followers on her social media handles. 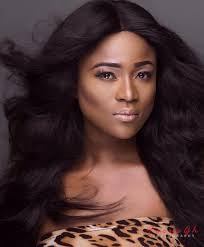 Christabel Ekeh had her secondary education at the St. Mary’s Senior High School-Korle Gonno in the Greater Accra Region.

She then went ahead to study theater arts at the University of Ghana, where she had a Bachelor’s Degree in Theater Arts.

After her Bachelor’s degree at the university of Ghana, Christabel took part a couple of performing art films and also went for different auditions which got her minor roles.

In 2008, she enrolled in Miss Malaika Ghana, a beauty pageant. Miss Malaika is a TV Program by Charter House Productions and shows on Tv3 and DSTV channel Africa Magic.

Christabel was crowed winner of the pageant and since then gained fame across Ghana and Nigeria.

She made her first appearance in the Ghallywood/Nollywood film industry in 2012. She first stared in the drama movie College Girls.

She had the opportunity to now work with some leading Ghana-Nigerian Actresses and Actors like Kalsum Sinare, Martha Ankoma, Calista Okoronko, Jackie Appiah, Yvonne Okoro, Luckie Lawson and Chinenya Uyanna. She has featured in several successful movies, such as;

In 2017, Christabel was said to have been dating a wealthy French man. She never stated if she was going to marry his French boyfriend or not.

Now it looks like their relationship did not work, since the Actress is said to be a single woman now.

Christabel Ekeh has accumulated vast amount of wealth in her movie career. Her net worth is figured at $200 000.

Looking at how she flaunt with what she’s got and her lavish way of life, one can tell that she is really loaded.

Christabel Ekeh has a promising future and she is not stopping now.