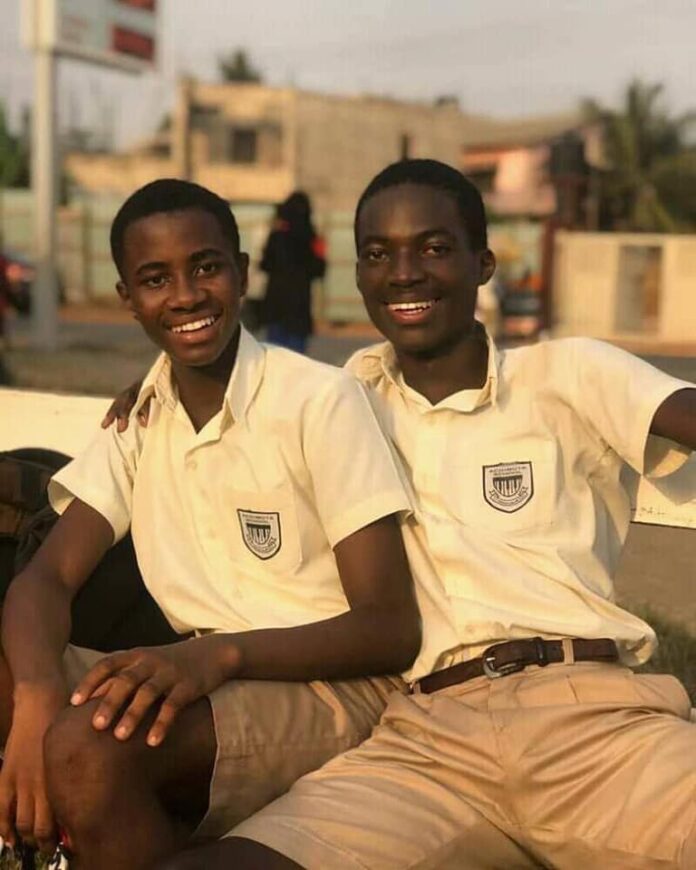 A cultural shock that most first-time visitors to Ghana will find is the popularity of government-funded boarding schools for secondary or high school education.

In certain parts of the world, the idea of attending a boarding school is only associated with the ultra-rich who have little time to spare on their children or recalcitrant teenagers in need of severe discipline.

The case is quite the opposite in Ghana. Over here, it is the pride of every 15-year-old to get admitted into one of the prestigious boarding schools across the country after their Basic Education Certificate Examinations (BECE) and to return home at the end of the academic term pridefully adorned in the colours of their school uniform and other paraphernalia.

Today, we will be taking a close look at the school uniform of Achimota School. As one of the most prestigious co-educational boarding schools for secondary education in Ghana, it was founded in 1927.

It is notable among many other feats for the education of African giants like the first President of Ghana, Osagyefo Kwame Nkrumah, former President Jerry John Rawlings, Robert Mugabe of Zimbabwe, and Ghana’s first female judge Annie Ruth Jiagge.

As a co-educational institutional, the uniforms as worn by both sexes are bound to have some differences and share some similarities as well. Starting with the boys, the dress code is a well-pressed short sleeve cotton shirt which is cream in colour.

At the top left quadrant of the shirt, you will find stitched on top of the small breast pocket, the school’s famous piano keys emblem. The symbolism of the emblem lies in the founding fathers of the school’s idea of harmony between people of all different backgrounds, as neither the black keys nor the white keys of the piano are able to make melodious music by themselves. 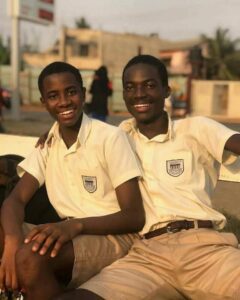 The cream shirt is complimented by a pair of khaki shorts ending right on top of the knee or at the middle of the knee caps, often seen sharply pressed with a straight crease shooting down the length of the shorts from the single pleats in the front.

The look of an Achimota school boy is closed off with a pair of sandals, either brown or black, but mandated to match the colour of the belt.

Female Achimota students have different uniforms on the other hand. For classes through Monday to Thursday all female students wear a deep green sleeveless dress imprinted with very small and white five-pointed stars bearing a hollow circle in the middle. 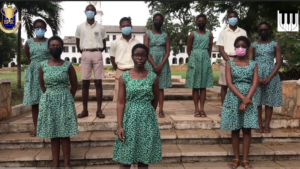 Although sleeveless, the strands exceed the popular three fingers rule, intended to prevent unnecessary exposure, found in the dress code for female students in most North American schools. The approved length for the dress is right below the knee level and female students are similarly expected to finish off the look with a pair of sandals.

The Friday Attire for Seniors.

On Fridays, whilst all female students except those in their final year are expected to wear the green uniform, final year students get to wear a white short sleeved shirt bearing the piano keys emblem, complimented by a red skirt which bears the same pattern of five-pointed hollow stars as the green uniform.

This outfit with the red skirt is popularly referred to by the students as “Bloody Mary.” Once again, the look is finished off with a pair of sandals. 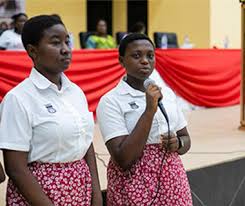 All students are expected to keep a short haircut. But the recent case of Tyron Marhguy, the Rastafarian, raises issues as to whether this rule is set in stone. Be on the lookout for our write up on what happened in that High Court case.

Regardless of this, it is an undeniable fact that students of Achimota School look sharp in their school uniforms.